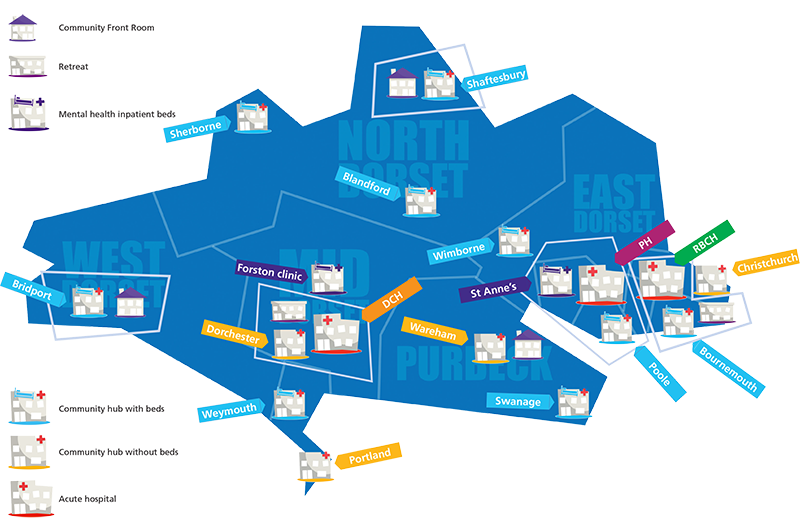 NHS Dorset Clinical Commissioning Group's (CCG) have proposed a reorganisation of Dorset's Health Service in the hope of saving a projected funding shortfall of £158m by 2021. However there were objections to this and the matter has now been settled in the Administrative Court.

NHS Dorset Clinical Commissioning Group's (CCG) commenced their Clinical Services Review (CSR) in October 2014 and, after a public consultation, announced a final business case for their new proposals in September 2017. These proposals now include:

The changes are designed to tackle a projected funding shortfall of £158m by 2021, according to the CCG.

Pressure group "Defend Dorset NHS" applied for a Administrative Court review of Dorset CCG's CSR and this was heard in July 2018 in London. The group contended that 400 people per year would be at risk if Poole Hospital's A&E and Maternity Departments closed. However the court's final judgement, announced in September, was that it had ruled in favour of the CCG. The CCG said the case had involved "considerable cost" to the NHS.

There was a meeting of a Dorset County Council task and finish group in August that was convened to consider concerns from residents about the NHS Dorset ‘Clinical Services Review’. Representatives from local groups including ‘Defend NHS Dorset’, ‘Healthwatch Dorset’ and individuals were able to give their views on proposals and how they would be implemented.

Dorset County Councillor Ray Bryan, chair of the task and finish group, said: “We have had a positive meeting where everyone has had an opportunity to share their thoughts and they have been listened too. We have received very detailed and useful information which we will consider in depth.”

The task and finish group will also receive evidence from Dorset’s ‘Clinical Commissioning Group’ (CCG).  All the information will then be collated and referred to Dorset’s ‘Health and Scrutiny Committee’ which will reflect upon what has been gathered.

The committee scrutinises the way health services are provided in Dorset (excluding Bournemouth and Poole). It’s made up of district, borough and county councillors and is hosted by Dorset County Council. They can make recommendations to various health bodies, including the NHS, and Dorset County Council. The next meeting of the committee is scheduled for September, but this will be postponed for a month to give the committee time to consider the reports.